As the world—cautiously but inexorably—returns to the office, an inescapable concern is how to deal with those who don’t want to return.

That’s a fair question. Some people are going to oppose returning to the office versus working at home. That opposition is legitimate. It could be rooted in work-family balance, flexibility, commuting, workplace distractions, comfort, clothing, conformity, or a hundred other concerns.

But how are leaders to know who is going to resist?

Some employees will openly and adamantly oppose returning to work. Others will tepidly accept it but show outward signs of discontent, ranging from lateness to irascibility. Some are hesitant but willing, yet keep their opinions to themselves for fear of alienating their colleagues who protest the move. Others are happy to be back with colleagues, making that known far and wide. In most cases, though, there will not be evident signs.

It is the responsibility of leaders to support this organizational change in the same way that any change is supported. Leaders need to know who doesn’t want to do what and why. If they don’t know, they can’t facilitate change. If they can’t facilitate the change, there are going to be a lot of unhappy employees pulling up their office chairs.

A GENERATIONAL LENS FOR LEADERS

Fortunately, there is one variable that might be especially valuable in helping leaders identify who they need to move from dissent to assent. It’s a widely accepted system for identifying values and predicting behaviors of wide swaths of people. Generations are a powerful analytic frame. Workplace generational patterns impact how organizations recruit and retain talent, structure compensation and benefits, design job descriptions and reporting relationships, and a host of other important activities. Generations are a reliable way of examining the workforce, managing people, and planning for the future.

Currently, 93% of the U.S. workforce is composed of three generations: baby boomers, Gen-Xers, and millennials.

To examine this further, I conducted a study of 478 people from six countries examining generational differences in attitudes toward returning to work and perceived impact on performance. Forty-one percent were women and 59% were men, and the average age was 45, with a range of 34 to 78. Twenty-eight percent of respondents were boomers, 32% were Gen-Xers, and 40% were millennials. Proportionally, the sample is representative of generations in the current workforce.

Question 1: Your employer has implemented a full (five days per week) “return to the office” policy. How would you feel about that?

Question 2: Your employer has implemented a partial (three to four days per week) “return to the office” policy. How would you feel about that?

Question 3: Your individual performance has improved by working from home.

Question 4: Your organization’s performance has improved by working from home.

On returning to the office, millennials are by far the most opposed, boomers are neutral, and Gen-Xers are most supportive.

WHAT DO THE RESULTS TELL US?

Let’s start with the millennials, who anchored both the return to work and performance questions. Millennials resist returning to work more than those from the baby boomer or Gen-X generations.

Why? Millennials are the first generation to be steeped in technology from cradle to grave. They interact with the world through technology—intertwined ceaselessly and seamlessly via connected modalities. Millennials use social media through multiple platforms more than any other grouping and carry multiple electronic devices that provide immediate access to the tendrils of the internet. Their entire life has been electronic.

Technology connects millennials with friends, family, ideas, news, entertainment, and professional networks. If they can live such a rich life remotely, then why would they want to return to the office? From their perspective, life can be engaged anywhere and anytime. Why wouldn’t they think the same about their remote performance? The difference between “remote” and “performance” doesn’t compute.

Technology has influenced boomers as well. The technologies that had the largest impact on everyday life were automobiles, telephones, and television. These were remarkable advances that had a profound impact on life and work. Compared to millennials, though, their technology was relatively tethered. They had to be at the desk to take the call or on the couch to watch the TV. And the car couldn’t expose them to transoceanic culture as the internet can.

As children of the Silent Generation, boomers are famous for their work ethic, confidence, focus, team spirit, comfort with hierarchy, and patience. Boomers know the value of hard work. Boomers are neutral about returning to the office and estimating their own work performance at home because most boomers are on the far side of 65 and retirement is on their minds. Surely, Boomers worked as hard at home as they did every other day of their careers, but the pandemic provided a glimpse into their futures without the daily grind. For the first time in their 30- to 50-year careers, Boomers got a taste of what life could be without the regimen of the office, and maybe a preview of what the next stage of their life could be like. They’re less eager to return to the office than would have been expected. They’re neutral about it, as they are when estimating their own performance.

Gen-Xers, the “transitional generation,” are often the children of boomers or the parents of younger millennials. If you could splice the genetic value codes of boomers and millennials, you’d have Gen-Xers.

Gen-Xers had MTV, crude video games, and rudimentary computers. Typically, both parents worked, the Vietnam War had passed while the Cold War was present. They are right in-between their parents and children in terms of wealth, cultural exposure, and entrepreneurship. As such, they are in a unique position to balance the virtues of then with now.
Most importantly, their time has come. Currently, Gen-Xers occupy more than 50% of leadership positions globally, and their influence is swiftly growing. Gen-Xers are in their prime period where experience meets opportunity.

Gen-Xers spent the last two to three decades preparing for this moment. They’ve learned one thing: the difference between performance and presence. A lot of people perform well, but they don’t advance unless they’re present. Those more than 50% of leadership positions were not meted out strictly based on meeting or exceeding key performance indicators. Face time is critical and relationships are cultivated.

Gen-Xers get the old adage that “it’s not what you know, it’s who you know.” They want to be at the office. They believe in the value of eye contact, watercooler conversation, and shrouded opportunism—all of which isn’t possible in remote work. Networking—where trust and admiration are built—can’t happen through Zoom. You’ve got to be there. Gen-Xers want to go back to the office and don’t claim their performance has increased since working at home, because they don’t believe it.

WHERE TO GO FROM HERE? 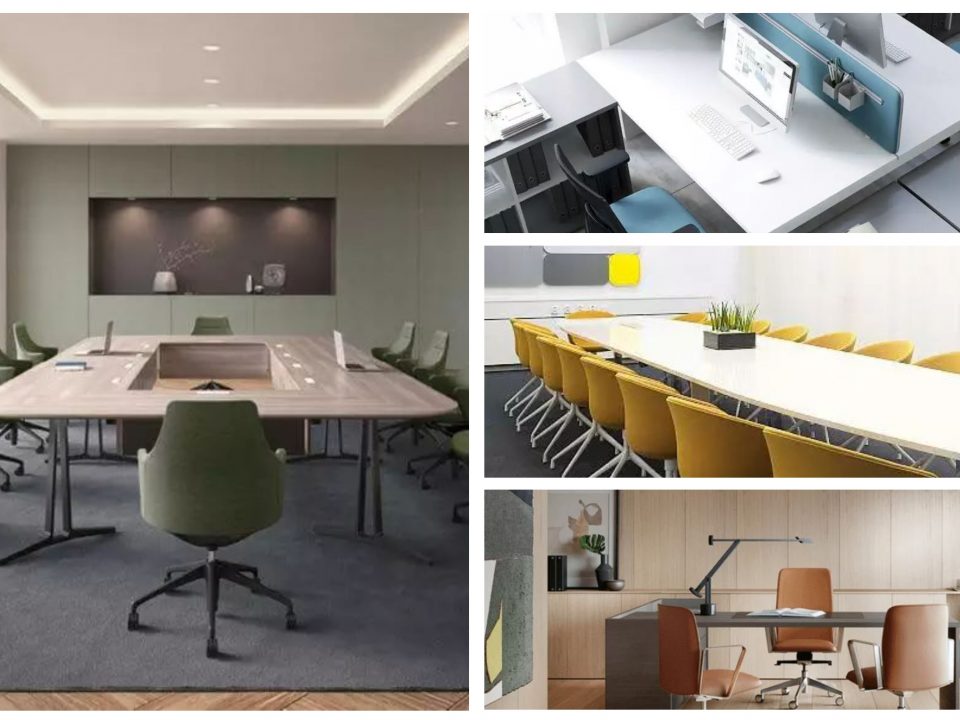 3 Benefits of Moving Your Office in Spring 6 Tips For Spring Cleaning In The Office